Okay, what to say about this event-slash-day trip? Short and tiring, perhaps. I remember the need to be at the venue by 6:00 AM just so we can see the balloons pre-flight. I remember being promised a ride on one of the balloons only to realize later that even if it had happened—which is a long, long, long shot—it probably would’ve been the worst idea ever. Why? Because we’d end up in the middle of nowhere once the balloon runs out of steam (hot air?). Add to that its inherent lack of safety and/or life-saving plan B options in case something goes wrong.

I know now. This festival makes for great, colorful photos; you’d best unleash the photographer in you. It’s a good side trip; the events happen so fast that you’d be left with nothing else to do come 9:00 AM. The sun will burn you; bring loads of sunscreen and/or umbrellas. Bring a kite; the kite-flying conditions are perfect. Other than those, it’s a good 2-hour-tops drive from the metro (Lubao, Pampanga), and about an hour-and-a-half away from Subic.

I have decided to create a standalone gallery for this event because the photo colors are just so nice.

Privato is too hipster for its own good 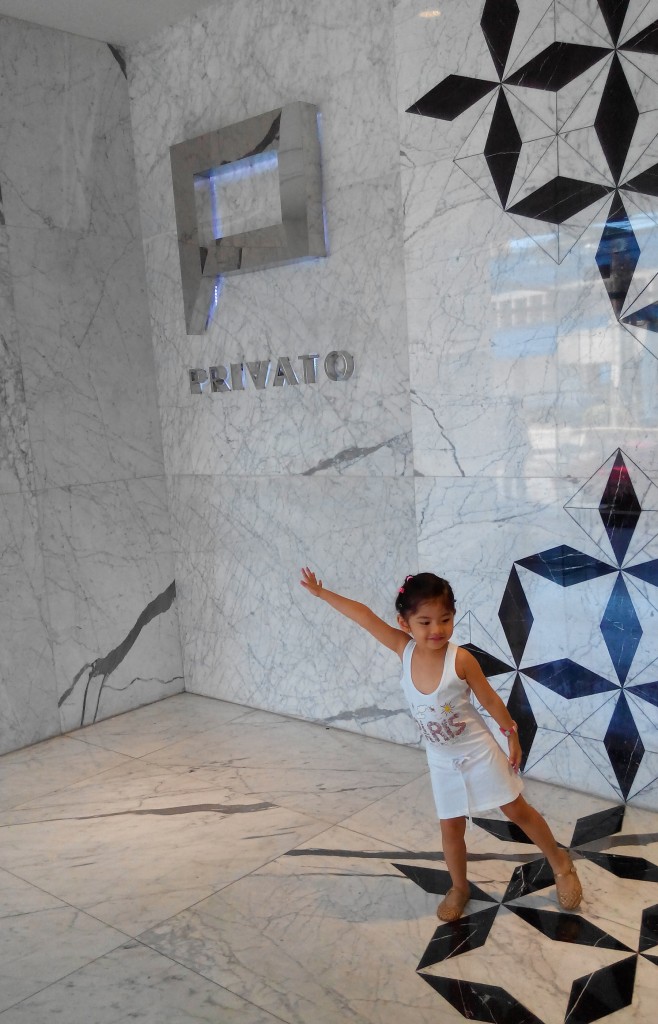 There are two times in a year we’re sure to hotel it up: NYE and Holy Week. The latter is normally reserved for cheaper, boutique-style hotels that are enough to bring us comfort during itaga-mo-sa-batong-mangyayaring Maynilad holy week service interruptions.

Privato is a newish artsy-fartsy hotel along Shaw—a little before and opposite Capitol Commons/Ynares. It’s got a nice, modernistic, minimalist feel to it (I’m obviously not equipped to describe architectural things). Bottom line is it’s clean and stylish. The rooms are okay; the gym is small; the rooftop pool is small and cold. There’s also a restaurant with a nice overlooking view of the Kapitolyo area. Bonus when staying here: Kapitolyo hipster eats. (Look, I don’t really know what hipster means when describing people, let alone places, so whatever.)

Let’s consider this a side note because this is just field trip for our baby’s summer class. I guess what I really want to say is, “Hey, there’s a small zoo in the Tiendesitas area that you probably do not know of. Check it out.” Bring your kids there. You’d be done in 2, 3 hours so there’s plenty of time to hit the Ortigas malls.

Ah, me likey. Thanks to my tito’s odd place of choice for spending his semi-retirement—Sitio Bugarin, Pililla, Rizal—we got to see this hidden, relatively unexplored gem. My tito has an up-the-bundok, farm-like place that’s literally a stone’s throw away from the first few windmills.

The place is still being developed and the windmills are not yet fully operational. We were able to get up close to some of the windmills, though, but there were areas we weren’t allowed to go to because of construction safety issues. By the way, to add to the whole haciendero experience, we commissioned local workhorses for the trek.

I feel this is going to be somewhat of a road trip/day trip tourist spot in the near future. They’re just gonna have to develop the place with the public in mind, and maybe put up some restaurants. By the way, wind generators weren’t put up here for nothing. There’s an endless supply of nakakalunod na hangin everywhere. My uncle says it’s like that the whole year round, save for a couple of days during summer. Oh, and depending on your vantage point, you also get a super nice view of Laguna lake.

What’s not to like? The trip. You can reach the place two ways: via Laguna and via Antipolo. We went the Antipolo route because it’s significantly nearer. Unfortunately, you’re gonna have to traverse 2-3 hours of traffic, small, busy roads, palengkes, etc. so the travel is not that pleasant (for the driver).

Side note 2: The Mind Museum

Hey look, check out The Mind Museum at BGC. It’s a must-visit if you have inquiring minds.

Nothing more to add. The place is cool and sulit.

Sea’s Spring. Sea’s Spring. What an odd, hard-to-pronounce name. Well, it’s Korean so there’s that. I just realized that I wasn’t really in blogger mode during this trip, so I don’t have review-like photos of the resort.

So, what is the main selling point of this resort? The hot springs, I guess. Yep, they have 3 (maybe 2) small pools of varying burn-your-skin hotness. That’s in addition to the two big ones with water slides. The resort is huge; it’s quite nice, to be honest, but the beach area ain’t no beach. Anilao is of course a diver’s haven so it’s not really know for its beaches. We did some island hopping and were able to do some snorkeling, but like I always say, once you’ve snorkeled (is that even a word?) in Mindoro, you’d be hard to impress.

Keyword: gilid. We did a beach/seaside-themed Halloween this year. It was my eldest sister’s birthday celebration (and treat) and it was meant to be Verzo clan reunion of sorts. Okay, why gilid? Because the rest house we stayed in was literally out of the boundaries of Punta Fuego. However, because it’s so gilid, there’s no other way of getting there except via their gate/property. You can clearly see the chicken wire bakod that divides the two.

Okay, so Terrazas Gilid is in Nasugbu. I have to say, I didn’t expect the beach there to be that nice—I’m really confused with all the Batangas beach areas and how it varies from super ugly to super nice. The rest house is nice too. It has 3 rooms and is made for a big family/group. I’m not sure how we got it, nor if it’s open to the public, but it sure looks quite exclusive.

I have one life goal that goes as such: visit Hong Kong at least once a year. Hong Kong is just such an addicting place. It’s clean, orderly, small, cold (oh right, I don’t like HK during the hot months), foreign but not too foreign, near, etc. So there’s all that, but this trip was made even more special because ’twas a date of sorts for me any my wife—naks! Sundan na ‘yan!

Look, I don’t really want to blog about HK because there’s really nothing about it that hasn’t been written yet, so I’ve decided to do two things: (1) create a gallery photo blog, and (2) write a short editorial-like post on my realizations from this trip. When the second one will be finished, I do not know.