Having a baby—all that growing up, all the memories, all the milestones that happen in 2, 3 years—it all just happens so fast. One day you’ll simply wake up and realize, “Holy shit, this is the year my baby starts school.” Of course there are monetary concerns, but if you are at the very least half-decent parents, you know it’s going to happen no matter what. And, believe you me, you will find a way.

Baby went to summer school first, which we’re glad we did, and now goes to regular pre-kinder (same school). She goes to one of the best, if not the best preparatory camps down south (love your own). Adjusting to this 2-hour/day schedule must’ve been the biggest logistical change we’ve done in the past half-decade or so.

Okay, you know how every parent thinks their baby is the cutest, most adorable, miniature human being in the world? There are also those who think their baby is the smartest, most mature, most advanced-for-his/her-age gifted child there is. We’re the same, however, ours is backed by report cards. Baby really is at the top of her class. It might be a small class, but top is top nonetheless. I’d like to think reading to her almost every night from when she was around 1 to 3 years old helped.

I’ve just about had it explaining to people that I make a living online. I wish I could say I never had a 9-5 job since graduating college, but my record has since been tarnished (and only recently, at that). I went to work for my friend’s company 2011-2013, and it really was my first real job, peks man. This is, of course, outside of family businesses, some consulting shit, etc.

These days I simply say I manage the family food business, which I do anyway. But I still have websites that earn via affiliate marketing, text links, banners, all that jazz. There is, however, one big change to this whole online business game thingy that I’m playing. Around 2 years ago, I started learning about selling physical products via Amazon. I dug really, really deep into it and now I’m proud to say that I already have products up there. Don’t believe me? I don’t care.

Plus—and because of the curiosity sparked by Fulfillment by Amazon—I chanced upon the local/Asian version of it. Do you know what site I’m talking about? You’ve probably bought something on it already. The site is a goldmine if you have the right products and really learn the ins and outs of it, but it has already become too saturated for the sellers. Needless to say, I’m doing good from it (knock-knock), but it’s not a sit-back-and-relax type of thing.

So there, everything still happens online, except now I have to worry about the puhunan factor.

Getting ready to launch my brand, and a physical store, perhaps

All this selling ultimately led me to dream of having my own private label brand. I won’t divulge details for now, but you already know that it’s going to be music related. What the hell else, playah? I will announce this here because it is a big thing for me. (That is if I’ll still be in blogger mode 2-3 months from now.)

Bembang Productions wanted to be a lot of things

I revived Bembang Productions last year. However, after 3 or so shows, I realized this whole production thingy needs to stop or change. It’s doing little to no good for the scene, the bands, and me. On the last prod, I wanted to move the operations online, so I hired audio and video guns. It was a flop, however, due to technical difficulties, so now I am still without a video channel (at the very least).

2 gigs this year. The Skychurch/Erectus gig (mentioned above) tanked, which I really do not understand why. Stellar lineup, good promotion (which I paid for), but walang tao. Taena, Skychurch pa naman.

The Hale gig, however, was something else. That night belongs to the Bembang Productions top list.

I do have the video for the Skychurch gig but with so-so audio only, so maybe I’ll still upload it sometime.

At this age—and because most of us have experienced 2, maybe 3 years of not playing—it really is all about what music does for us, and not we can do for it. Gets? Because making music with 3-4 other guys and being able to do it even if it’s just once a month is so much better than, well, not.

However, since internet na ang banatan ngayon, sali kami. I guess we’ll just keep on playing and releasing new songs until one member of the band dies (morbid shit). This is especially true for my band Holding Hands, because we honestly like each other (gay shit). Yung Hiraya naman, or the one with the female vocalist, we have this new lineup that’s still trying to be whole. (Oh, and we have this hot, new, rockin’ tattoo artist of a vocalist.)

We solved our transportation woes

Last year, our family had major transpo and logistics issues. I’d have to say it’s mainly my fault, because of my junk shop of a ride. That and our ailing Toyota Vios, aka Viyong, which hasn’t had any rest since 2012 or so. This year, my sister made it her mission to solve it once and for all.

Enter Briyong. The cutesy little Honda that gave us some breathing room on transportation matters. Take note, my chubby sis did all this just in time for my baby’s schooling. Proud of my sis for taking care of the family, and for buying her first real car.

Ako naman, hindi ako nagpatalo. Just this month, actually, I bought a pang-service—a base-model Suzuki APV, which shall henceforth be known as APVer. (Look, we name all our cars somewhat after our late father, okay? His name’s Virgilio.)

Back then I would’ve never imagined myself as someone who would buy a van, let alone a base model, but business muna. At least kakulay niya yung inaasam kong GT-R. 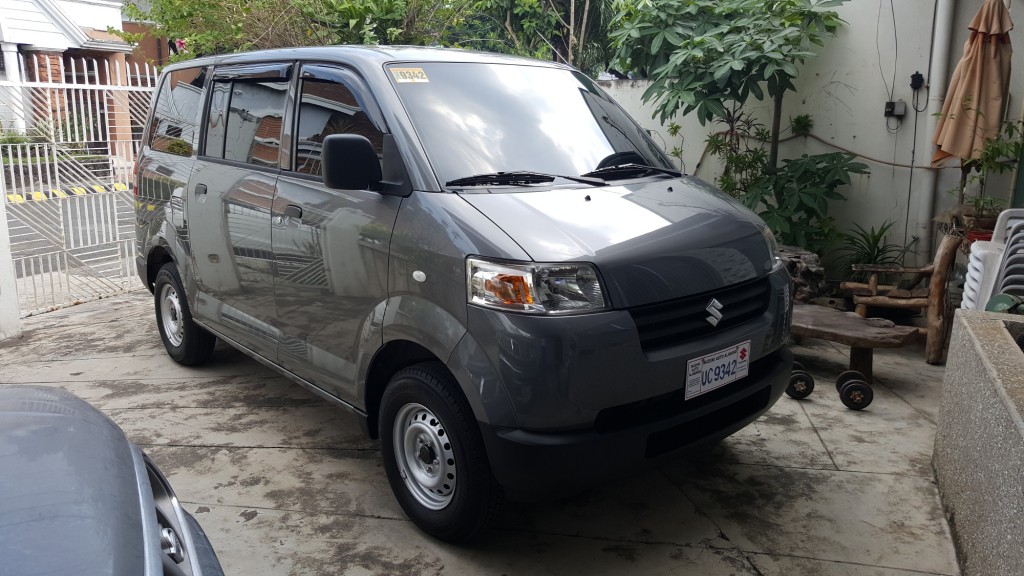 Tell you what, none of these (none of the above) trumps the news that we got just a couple of days ago. My little baby tum-tum, my baby stinky feet, my silly chee-chee funk just passed her DLSZ entrance exam. Look, I’m sure almost all kids get in easily, but it was still nerve-wracking. So much so that I got the results a day before on the website, which no one probably knew was already available.

I don’t even wanna think about the money issue at this point—which is no small matter—because I’m still on a high.

First, I would like to—in my own small way—pay homage to our Tita Diegs, the wife of my mother’s brother Tito Cesar. Her loss was sudden and unexpected—colon cancer; gone within 24 hours after discovery—but if there’s anything positive to take from this, that’s probably it. We still can’t believe you’re gone; we will always remember your thoughtfulness, your larger-than-life disposition, your simplicity, and how you can see the good and the happy in almost anything. You and my tito, you were truly perfect for one another. And, more than anything else, I know you lived a very, very makulay na buhay.

Second. Mother-fracking shocking news here. I have this friend from the billiards circle. We became close circa 2007-2008 because we played pool on an almost daily basis and were basically neighbors. Just recently, he killed his own brother; this in what I would imagine to be the family altercation of all family altercations. Murder is murder, but a big part of me still wants to know. What happened, man?

Finally, to my friend, my classmate, my barkada, my bandmate. (This shit is very sensitive, mind you.) This Singaporean lost his months-old firstborn son this year. It was a battle for him and his wife. It was the toughest shit I’ve ever heard in my entire life, and I can’t believe it happened to someone close to me. Truly, no parent should ever have to go through the death of their children.

Pare, and I speak in behalf of our still-in-PH barkada, I (we) would like you to know that not enough words were said only because we were simply shocked to the brim, and were mainly scared to blurt out something that would offend you instead of comfort you. I know you understand but I would still like to apologize for not being able to go to SG even for a day at the time. Do know that we will never forget Ian, ever. 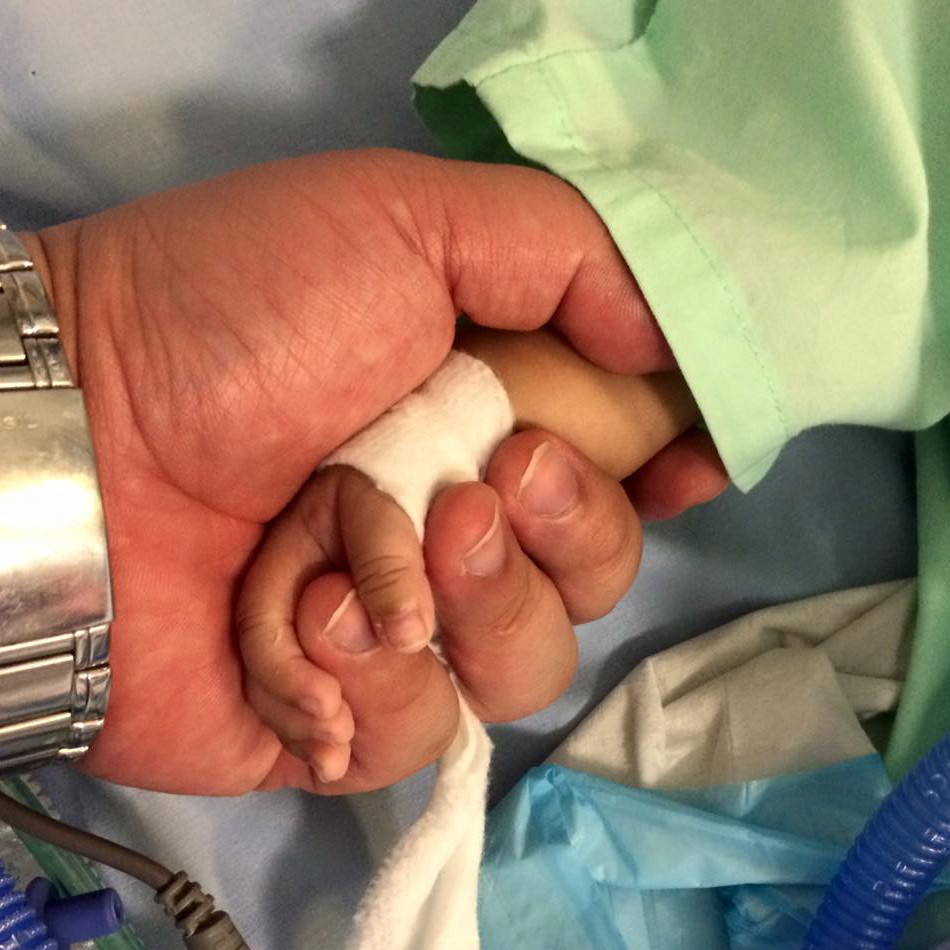 (It has always been my plan to write a tribute song for him, but just in case it does not happen anytime soon, or ever, let this message fly the waves of the interwebs forever.)

There you go. I guess I really missed blogging. Watch out for the second installment wherein I’ll try once again to be a travel blogger.